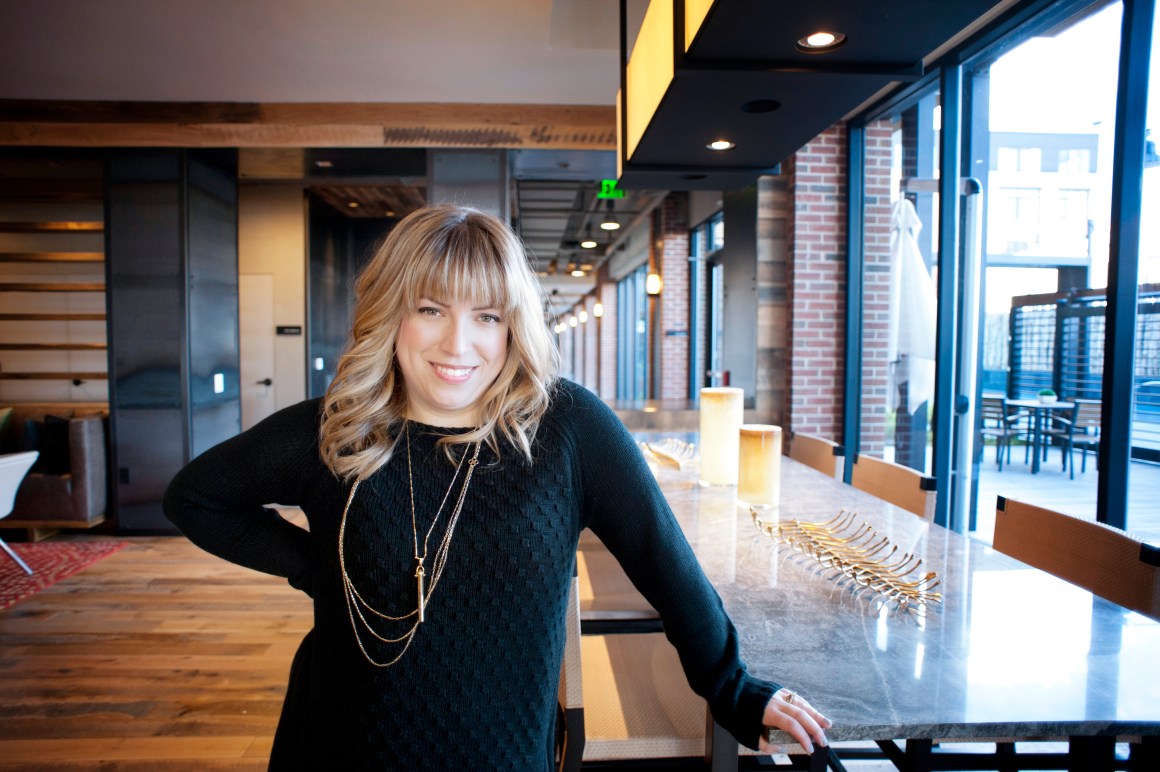 Kendall Ansell’s poise and passion are able to fill a room when she speaks to an audience about her love for interior design, yet she thinks of herself as a small woman, “My biggest challenge is that I sound like I am 12 and I probably look like I am 14.” But this perception, that for some may be true and for others completely irrelevant, is perhaps one of her most powerful weapons; Kendall has managed to muster all the courage that could fit in her body (which is a LOT) to simply get herself out there and become an award winning interior designer. Just last month, her company Kendall Ansell Interiors was awarded the Best Medium Size Booth Award at the BC Home + Garden Show. Kendall believes the secret is having the courage to walk up to a person and just try to make a connection. “You just have to dive in, otherwise you will miss 100% of the chances if you don’t just go for it. It is hard work, I know, but it is worth having a leap of faith.”  Her success is a combination of being a master networker, her fascination with people – almost like a anthropologist obsessed with Western urban life – and her talent of being able to create beautiful, functional spaces for her clients.

Kendall loves to tell this story:  “When I was kid, I always loved to look into other people’s houses to see how they lived. It was a treat to be able to see, on our way home from a family outing, the lighted inside of a house. What is on the fireplace? Where do they have their TV? I was particularly fascinated by those homes where people that left their Christmas lights two months after the holiday had passed. Where they too busy to do it or did they simply liked having the Christmas lights all year round?”

She admits her curiosity of looking into other people’s home is something that adulthood didn’t rub out of her. Kendall is fascinated with how people exist. It’s not about judgement, she points out, it’s about being able to analyze the situation and understand why people do what they do. That curiosity has proven to be very fruitful in her career. “When I go to a meeting with a client I love to watch the communication that takes place between family members, how they interact with their kids… It’s all part of my life’s mission: figuring out how people live and compliment interior design on top of that,” she explains.

It sounds like there is a lot of psychology involved in her work as an interior designer, but Kendall makes it clear she has never taken a psychology class. Her ability to understand family dynamics, enabling her to apply her knowledge as an interior designer  to transform their space, comes from all those years of observing and people watching. She explains it sometimes takes her three meetings to really understand a family, but most of the time – based on a client’s body language, where they live, and simply watching them – she knows who is in charge, who is making the decisions, but most importantly, what is wrong with a room in just a matter of minutes. “I do that every time I walk into any space may it be a store, a coffee shop, a house.. it’s a disgusting habit!” 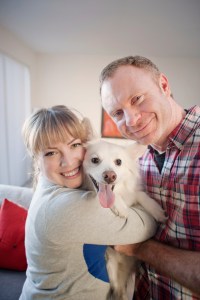 Kendall with her husband, Chris, and their dog, Zachary.

“Everybody – no matter where people are from or what they do –  have the same wants and needs. The feeling of home is very similar.”

Kendall’s passion for interior design came from an early age. Her father builds costume homes and, growing up, Kendall and her family spent a lot of time doing renovations on their home. “A 35-year-old wood frame house in Maple Ridge on a big piece of land,” she clarifies. Ten-year-old Kendall was more interested in understanding house plans (and modifying them) than reading children’s books at bedtime. She tried to rework the distribution and see if her floor plans were any good.

However, when Kendall graduated from high school she enrolled in Accounting at Douglas College. “I thought I wanted a career that enabled me to make money. The first semester I failed miserable every class, except math, I was in the tanks!” It was then that Kendall begged her mother to let her take one drafting class at BCIT and her mother agreed to pay for it. “It was crazy that my mom accepted to pay for the class because of her strong belief in the top five careers,” she explains. That drafting course snowballed into more classes and soon after, it became clear she needed to pursue diplomas in interior design and architectural drafting. Kendall had found her passion.

When she was 23 years old, with a few years of experience under her belt working for other designers, Kendall decided to take the big jump of starting her own company. The first year her business was based around her family and friends, but once her inner circle got what they wanted, she started thinking on growing the business beyond them. Somebody suggested she started attending networking events. “I didn’t even know what to do at these meetings, but then I realized it was about being friendly. A lot of people think that going to a networking event is about working the room, but it’s about connecting with people.” When she started networking, her business took off. “I learned the hard way that my business is me, it’s not what I do in the business, it’s about my vision and values.”

Perhaps one of the most important experiences of her professional life came when Kendall and her husband Chris moved first to Montreal and then to Baltimore, Maryland for a couple of years. During this time, she kept growing her brand and business but there was a deeper revelation that helped shape her vision: “I realized that everybody – no matter where people are from or what they do –  have the same wants and needs. The feeling of home is very similar. Montreal and Baltimore shaped my vision more because I feel the world is a small place.”

A small place with business opportunities everywhere. In January 2014, Kendall was asked to work at an art show in an art gallery’s booth. The price of the pieces ranged from $250 to $52,000. The piece that was $52,000 was a beautiful box with gold cubes in it, with feathers of exotic birds pressured fitted into the cubes. Lots of people came to the booth and admired it, but there weren’t any buyers for the piece. Finally a man that looked like a student came up to Kendall and asked her how he could buy it. He gave her his information and she told him the gallery would get back to him. One day went by, two days went by, a week… The gallerist never got back to the man. “Business has a lot to do with being in the right place at the right time, but also actually following up on important leads. That day, on my way to the airport from the art show, I emailed all the people that I always wanted to email, because I realized we miss many chances by not reaching out to people. If that isn’t reason enough to follow up, I don’t know what is,” she laughs in disbelief at all those lost opportunities that pass us by.